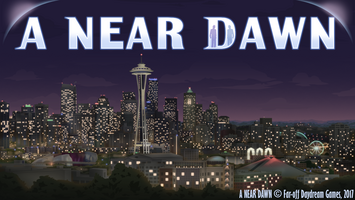 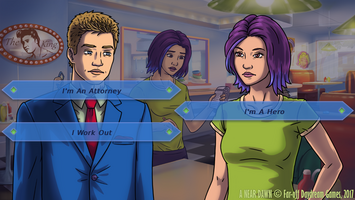 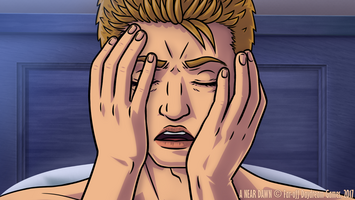 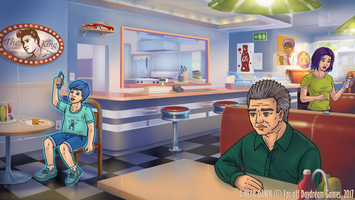 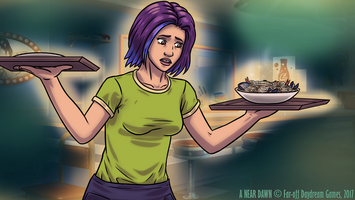 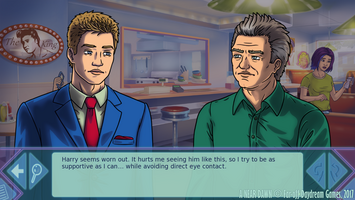 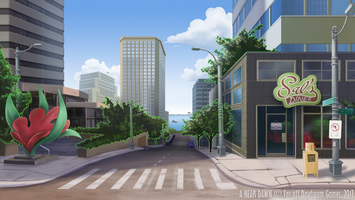 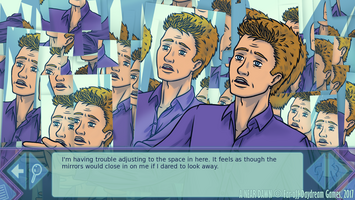 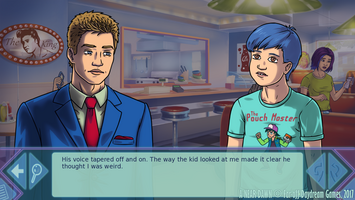 Our project A NEAR DAWN is quickly approaching its Demo release date - we are hoping to have it out by September 25th! Still many things to put together, but look forward to it coming at you real soon!

A Near Dawn is a charmingly devastating psychological thriller with amusing highs, gut-wrenching crashes, and mature themes.

When Seattle-based attorney Sam Nichols, a victim to some disturbing psychological difficulties, takes an important new case, he finds himself exposed to progressively dire circumstances that threaten to unravel his reality and destroy those closest to him. With his mentor's firm on the brink of collapse, Sam will have to take on a ruthless multinational corporation being protected by some of the vilest people you could imagine. The odds already seem slim, but you will soon learn that things were never as they appeared - as an even deeper conspiracy begins to emerge. Where will you find yourself if you keep untangling the threads to this mystery? You must be brave to uncover the truth!

A Near Dawn is greatly inspired by traditional Point & Click Adventure games, and inherits some  of their wit, humor, and even interface on top of a Visual Novel platform, compelling you to navigate both the internal and external darkness that threatens to consume our protagonist yourself.

This is a Visual Novel Adventure with Point & Click elements, featuring:

The plot will not progress without you, you are in control of the main character's actions at every turn. You will explore your environment and speak to other characters to learn about what is happening and what must be done. A key concept of this game was to give as much freedom and put as much detail into the content of the story as could be managed, as such you will have the option to skip important elements of the game not necessary for advancing the main plot if your character chooses to ignore them or fails to explore them. At the same time, you will not be able to move forward without resolving issues necessary for advancing the story along. Get A NEAR DAWN // Visual Adventure

A NEAR DAWN // Visual Adventure

Be consumed by darkness and light in this dark humorous psychological thriller adventure!